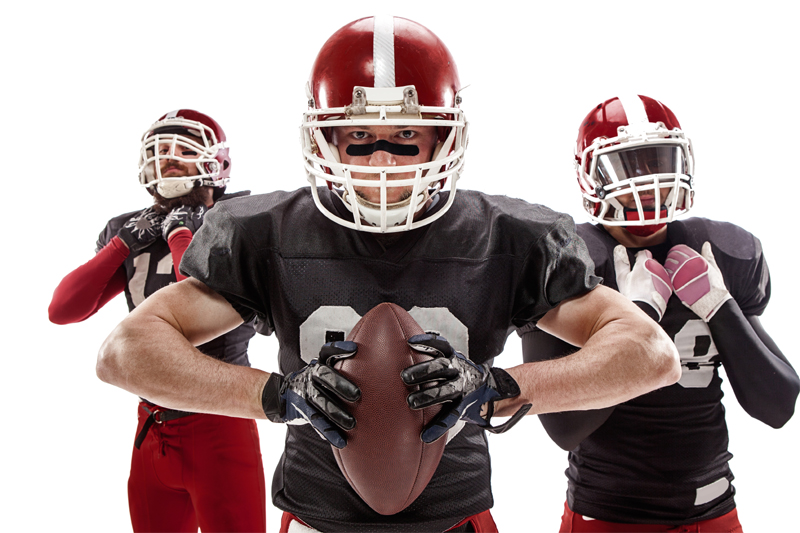 The Football24-7 editors thought we would cover some interesting facts about the NFL.


The use of a helmet during NFL games was not required until 1943. Dick Plasman, who played for the Chicago Bears in the NFL Championship game in 1940 without wearing a helmet, was the last player to do so. In 1944, the National Football Championship declared helmets as a compulsory equipment for a football player.  But players used to wear leather helmets for matches. To make the game safer, the NFL management made it mandatory to wear a plastic helmet in 1949. It is now illegal to remove a helmet during a match. 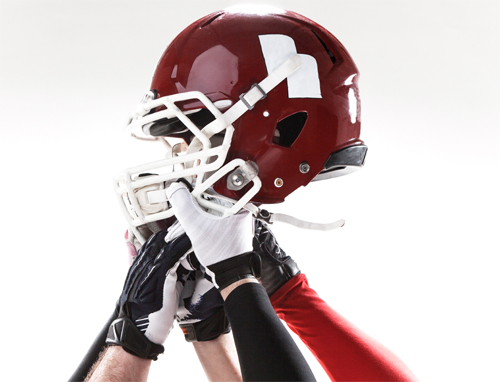 The NFL is one of the most competitive leagues in the world. According to statistics, 7 different teams have won the NFL championship in the last 10 seasons. Only one team has pulled it off three titles in the last 10 years and that was the New England Patriots. In the last 20 NFL seasons, 12 different clubs won the NFL title, which shows that the league is very competitive.

The New England Patriots and Pittsburgh Steelers are two teams to win six Super Bowl championships. The New England Patriots have been incredibly successful during the last two decades. In 2003 and 2004.  The club won back-to-back Super Bowls, their most recent victory came against the Kansas City Chiefs in 2018. The Pittsburgh Steelers is one of the most historic clubs. The team won its very first title in 1974. The club was the most dominant in the 1970s winning four titles including 1974, 1975, 1978, and 1979. The Dallas Cowboys and San Francisco 49ers have each won the Super Bowl five times.

According to statistics, Kickers and punters, on average, play longer than other positions. When a player reaches the age of 30, he is believed to be nearing the end of his career, but when a kicker reaches the age of 30, he becomes a valuable asset to his team, and his coach views him as a battle-tested veteran. The average NFL player’s career can last up to 300 games, but the kicker’s career can last longer. The Football24-7 team hope that sharing interesting facts about the NFL broadens our readers sporting knowledge.

According to research, compared to other days, very few individuals pick Super Bowl Sunday for their wedding. Super Bowl Sunday can be very busy, and there’s a good possibility that vendors and venues will be preoccupied with Super Bowl parties. Some guests may decline your invitation based on their devotion to the big game. If they come, they’ll almost certainly watch the game at least once. Your guests’ attention will most likely be drawn elsewhere, most likely to their phones. We have published some of the latest UK Football news this week also, check out the latest Brighton Football News Or the English League Two predictions resources. We recommend learning more about placing bets on the NFL, one great resource for learning about the NFL is NFL Pick Watch which offers some of the latest game news and reviews.

The Arizona Cardinals are the National Football League’s oldest team (NFL). The club was founded in 1898 and is the country’s oldest surviving professional football team. In its early years, the squad was known as the Morgan Athletic Club, and subsequently changed its name to the Racine Street Cardinals. Along with the Chicago Bears, the Cardinals were one of only two clubs to make the initial NFL roster.

According to the financial report, the average worth of each NFL club has risen by 14% in the last year, thanks to the $112.6 billion contract that the league just signed with its media partners. The Dallas Cowboys are now the most valued club in the National Football League, with a market value of nearly $6.5 billion. The New England Patriots are the second most valuable franchise, at $5 billion, while the New York Giants are third, worth $4.85 billion.

Like the NBA and MLB, NFL teams also have a tradition of retiring the jersey numbers of players who have played a significant role in their success. The Chicago Bears and the New York Giants hold the record of most retired numbers in the NFL, both clubs have 14 retired numbers. Reggie White is the first player in league history to have two jersey numbers retired in his honour by two different clubs. The Baltimore Ravens, Jacksonville Jaguars, and Houston Texans, on the other hand, do not have any retired jersey numbers since they do not believe in the tradition.

The Super Bowl is America’s most popular sporting event, with over 100 million people tuning in each year. According to the American Gaming Association, over $7billion was bet on the Super Bowl championship 2020 between the Kansas City Chiefs and San Francisco 49ers. Many betting platforms offer attractive betting options on coin toss, scores, field goals, national anthem, win, etc.  Betting experts such as BParlay.com and Draftkings are great places to learn more about the NFL.

Every year, the NFL has a Draft in which clubs choose young college football players and give them lucrative contracts. The NFL Draft allows teams to strengthen their rosters while also providing young players with the opportunity to begin their professional football careers. It’s a two-day competition in which each of the 32 teams choose their players based on their table rankings. The club with the most losses from the previous season gets to pick first, while the team with the most points gets to pick last.

NFL teams may improve their rosters by bringing in new high-caliber players in three distinct ways. One way to hire players is through free-agent signings, in which a team can sign any player who is not under contract and is eligible to sign with other franchises. The second method is to trade their players for players from other clubs, and the third method is to hire players through the NFL Draft.

The NFL employs seven different officials to ensure fair play. These officials are dressed in black trousers and a black shirt with a black and white stripe. . To ensure that the game goes well, each of the seven officials has distinct duties and responsibilities. The referee is known as crew chief and leads other officials during the game. The umpire, the back judge, the head linesman, the side judge, the line judge, and the field judge are the other six officials. The referee wears a white cap, while the other six officials wear a black cap.

Hall of Fame head coach Don Shula havethe record for the most regular-season wins with 328 games. His most successful career started when he joined the Baltimore Colts as a head coach in 1963. After spending six years with the Baltimore Colts he joined the Miami Dolphins as a head coach. Shula led the club to win two consecutive Super Bowl championships in 1972 and 1973. He also holds the record for the head coach with six Super Bowl titles. Bill Belichick of the New England Patriots has the most regular season win (280) in the NFL among active coaches.

The Wilson is a sports equipment manufacturer that was built in 1955. The company has got an exclusive contract with NFL to provide the footballs for the league. Wilson provides each and every football that has been used in the league. Leather is used to produce the company’s patent footballs, which are made entirely in the United States. According to corporate data, Wilson is presently generating approximately 4000 footballs each day.

Check out the NFL Theme music listed below, to help create the right sporting ambience:

22. Miami Dolphins is the only team with perfect season

The Miami Dolphins had a perfect NFL season in 1972-73, and it is still the only team with a perfect NFL season, no other NFL team has been able to break the record. The team won every game they played in both the regular season and playoffs. It was the greatest achievement in the history of the NFL. In 1942, the Chicago Bears were also undefeated in their regular season, but they lost in the playoff round. In 2007, the New England Patriots also finished their regular season undefeated, the club also won the playoff round and AFC championship, but lost the Super Bowl championship game to New York Giants.

CBS paid $4.65 million for the first exclusive rights to broadcast NFL games throughout the regular season in 1962. The NFL and AFL championships, as well as Super Bowl games, were not covered under the first deal. The championship games are broadcast on NBC, which purchased the exclusive rights for under $1 million. The CBS deal was extended in 1964, with the rights costing $14.1 million per year in 1964 and $18.8 million per year in 1966.

The Arizona Cardinals is one of America’s oldest professional football teams. The club was established as the Morgan Athletic Club in 1898, approximately 14 years before Arizona became a state. In 1912, Arizona was awarded the status of a state. We can safely argue that the club predates the state of Arizona, which is very remarkable. Other interesting facts can be found on NFL Quiz websites such as TrivaWell as well as a host of others.

We hope you have learnt something new about the NFL today! Please feel free to drop us an email if you have any queries about our Interesting Facts about the NFL in 2021.