The Football 24-7 team have put together a The Premier League Review for our reader to enjoy!

Can Chelsea Mount a Premier League Title Challenge this Season? Or are Liverpool and Manchester City too far ahead?

Thomas Tuchel has already delivered since arriving at Stamford Bridge. With the German having engineered an unlikely Champions League triumph last season.  And the former Paris Saint-Germain coach will now be looking to close the gap on Manchester City with a Chelsea squad who appear to have strong players in every department.

Indeed, you might argue that the Blues are the only club who can rival City when it comes to squad depth.  The leading football betting sites made Chelsea FC second favourites to land the 2021/22 Premier League title at the beginning of the Season.  With the bookies offering 5/1 about the London side and Tuchel will certainly have his sights set on landing the crown.

Roman Abramovich is clearly a demanding owner at Stamford Bridge and the team also has an English nucleus by virtue of signing Reece James, Ben Chilwell and Mason Mount,.  All of whom could play a key role for their country at the 2020 European Championships.  While there is also the twin German attacking threat of Kai Havertz and Timo Werner. The latest Chelsea FC News is updated daily on Football24-7, so take a look at the latest developments.

The real jewel in the crown is N’Golo Kante who shone in the 2021 Champions League final. With Edouard Mendy having proven himself to be a capable stopper in front of a back line that includes Antonio Rudiger, Andreas Christensen and Cesar Azpilicueta. Learn more interesting Champions League Facts with Football24-7. 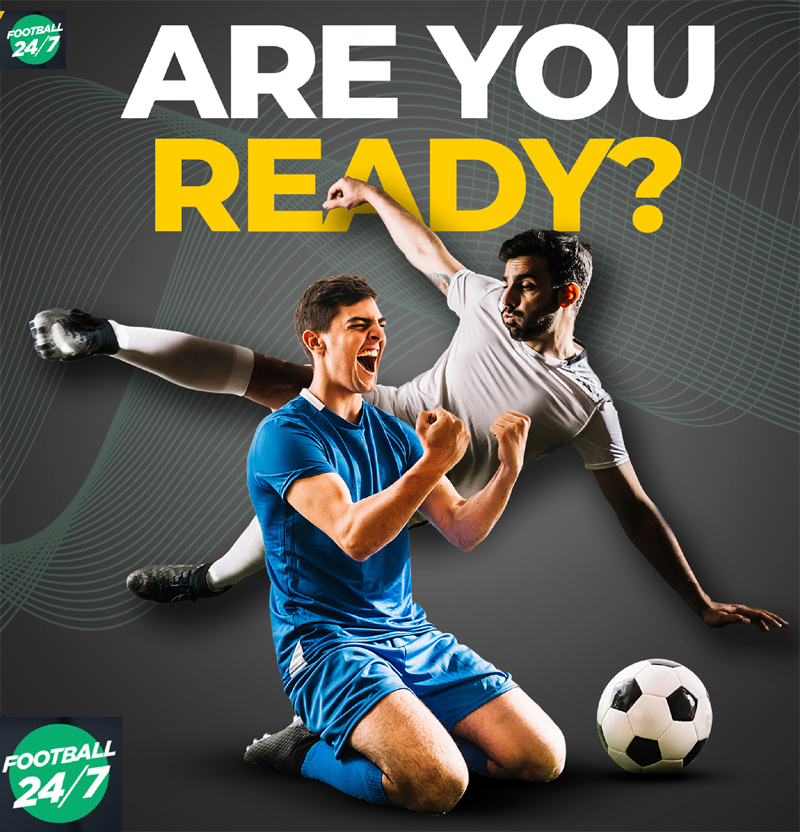 Manchester United were priced 9/1 to win the 2021/22 Premier League title.  And Ole Gunnar Solskjaer would have spent the summer reviewing the previous season to see where there were shortcomings. The Norwegian knew that a slow start to the campaign effectively meant they were playing catch-up.  And there is also the need to strengthen the squad.  Can Ralf Rangnick steer them to a top 3 place?

On the flip side, the Red Devils Starting 11 can lay claim to being as strong as any other team out there. With David de Gea or Dean Henderson between the sticks, while Harry Maguire, Paul Pogba, Bruno Fernandes and EdinsonCavani provide a strong backbone, along with other quality players.

The Red Devils will probably need to strengthen in order to challenge for the title.  Although they appear to have the correct strategy when it comes to facing Manchester City and Ralf Rangnick will hope that they can also play the role of flat-track bullies along with using Old Trafford to their advantage. Without futher ado please read the rest of The Premier League Review below.

Jurgen Klopp saw Liverpool’s Premier League title defence ebb away last season.  With the Reds going from odds-on in the outright betting market to a double figure price within the space of a few weeks and they had a horrible losing run at an empty Anfield. With several teams claiming a victory at a ground that had previously served as a fortress.

Even so, we should note that the Reds were champions of England twelve months previously and perhaps they can bounce back.  Especially if Virgil van Dijk is back to his imperious best, with compatriot Gini Wijnaldum having sought out pastures new although the front four remain at the club. The team at Football24-7 recommend our readers find out more about what football betting websites you should choose before placing any sports wagers.

Diogo Jota could be a revelation if he has an injury-free season at Anfield, with Mohamed Salah proving to be a consistent performer.  And there were signs towards the end of the previous campaign that Sadio Mane has rediscovered his magic touch, with Liverpool Football club at the beginning of the season looking like a decent each-way shout at 11/2.

Leicester City are a team who can be regarded as one of the leading clubs in England.  And they have twice narrowly missed out on a top four spot in the Premier League.  With the Foxes having occupied a Champions League place for much of the past two seasons although they have been found wanting at the final reckoning.

The Midlands side were a best price 50/1 to win the Premier League title next season.  And perhaps they will take advantage of the fact that the English teams competing in the Champions League could be sidetracked by this competition, with Brendan Rodgers hoping to further strengthen a squad packed with quality.

Punters were also probably interested in the 9/2 about Leicester landing an EPL top four finish at the beginning of the season.  Considering how close City have come in the past two seasons, with Rodgers just needing his team to enjoy that long-lasting performance which doesn’t see them falter at the final hurdle.

Tottenham Hotspur have parted company with Jose Mourinho.  And they hoped that the Portuguese’s replacement could achieve the sort of things that were seen under Mauricio Pochettino.  With the Argentine previously steering the north London club to a Champions League spot on a regular basis.  However now that Antonio Conte has taken over, things are likely to change again with the squad.

It’s almost unthinkable that Tottenham will challenge for the title next season although perhaps the 6/1 about Spurs securing a Champions League place could be a more interesting bet considering that there will surely be money to spend on new players providing that Kane is sold for a king’s ransom.  Those odds were at the beginning of the season, so they will have improved on the odds now, especially with the recent form in January 2022.

Similarly, Arsenal are also targeting an opportunity to rise further up the standings under Mikel Arteta.  And there is a nucleus of a strong squad at the Emirates Stadium, with the Gunners originally trading at 7/1 when it comes to landing a top four berth.  Although supporters might start to lose patience with their manager if this task isn’t achieved.

Brentford came up through the Championship play-offs after beating Swansea City in the final.  Thomas Frank will now aim to keep the Bees afloat in the Premier League, although they are trading among the favourites on the Premier League relegation betting market.

The West London side will need to quickly adjust to life in the top flight and make the sort of recruitment which will help them finish higher than eighteenth place in the top flight.  With other new boys Norwich and Watford more experienced when it comes to the Premier League after being relegated the previous season.  If Brentford could write The Premier League Review today, I am sure they would be more than happy with their season so far.

The Canaries were runaway leaders of the Championship last term.  Although Daniel Farke’s side were as short as 5/6 to return to the English second flight.  And it could be that the East Anglian side are in danger of becoming a yo-yo club, with Emi Buendia having recently left Carrow Road to join Aston Villa.

It will also be interesting to see how Watford fare on their return to the top flight.  With the Hornets having been through a glut of different managers over the past few years and they might struggle to make an impact when competing against the leading teams in England.  With Watford as short as 4/5 to return to the Championship at the start of the season.  Now that anothe great manager has been dismissed this week, this may unsettle the team more.

Leeds United are a team on the rise in England and Marcelo Bielsa will hope to keep his star players at Elland Road.  And aim to build the squad further so that they’re capable of finishing in the upper echelons of the Premier League.

Bielsa has transformed the fortunes of Leeds and the Yorkshire side were originally a 9/2 chance to secure a top six place.  Which would see United playing in Europe the following season and the supporters would be delighted to participate in a European adventure in the form of the Europa League.

Similarly, Everton will have grand designs on securing a top six place in the Premier League next ter.  The Toffees are in the process of hiring another manager who can hopefully improve on the work achieved by Carlo Ancelotti & Raffa.  With the Merseyside club needing a long-term plan after previous spells by Sam Allardyce and Marco Silva.

Dominic Calvert-Lewin and Richarlison are dangerous operators and perhaps James Rodriguez can make a big impression during his second term at Goodison Park.  Although much depends on whether they can hire the right person and the latest top six betting odds for Everton were 4/1.

Meanwhile, West Ham were arguably the overachievers last season.  David Moyes will hope that the return of supporters to the London Stadium could help the Hammers to further successes this season.  With the London side originally available at 6/1 to secure a top six finish.  Which would see them playing European football. We hope you have enjoyed reading The Premier League Review from the editors at Football 24-7.