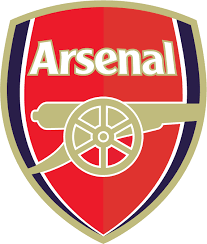 In 1886, a Scottish footballer David Danskin and his fellow workers formed a new football club named Dial Square FC. The club was named after their workshop in the Royal Arsenal complex. Danskin was a mechanical engineer, and his other workers were blacksmith, and they used to build cannons for the Royal military, which is why the club is also known as the Gunners. Just a month later, the club changed its name to Royal Arsenal FC.

Initially, Royal Arsenal’s home ground was the Manor Ground. The club’s first significant victory came in 1889–90, when they won the Kent Senior Cup and the London Charity Cup in the same season. Royal Arsenal won the London Senior Cup the next year, defeating St Bartholomew’s Hospital 6:0. In 1891, Royal Arsenal was the only professional football club based in London.

Rebranding and Joining the Football League

In 1893, Royal Arsenal became a limited liability company and also changed their name to Woolwich Arsenal. The club also joined the Football League Second Division in the same year. Woolwich Arsenal became the first club from the south to join the Football League. For ten years, the club played in the Second Division before being promoted to the First Division in 1904.

While participating in the First Division of the Football League, Arsenal was unable to attract the requisite crowds to their matches. In 1913, the club was relegated to the Second Division after experiencing major financial difficulties. After spending six years in the Second Division, Arsenal was again promoted to the First Division in 1919 as a result of a controversial voting.

The club dropped the “Woolwich” from its name in 1919 and registered as Arsenal FC, as it is known today. In 1925, former English footballer Herbert Chapman was hired as team manager. Chapman rebuilt the team and made significant changes in the squad. Cliff Bastin, David Jack, Alex James, and Eddie Hapgood were among the young players he brought into the team. Tom Whittaker, a highly competent trainer, was also employed by Chapman.

Arsenal was rapidly dubbed the Bank of England team due to their lavish expenditures and high-profile additions. Arsenal finished second in the league for the first season under Chapman’s leadership. The improvements made by Chapman had a substantial impact on the team’s performance.The club won their first FA Cup in 1930, it was the first national trophy of the club in 46 years. Arsenal also won their first league title under the management of Chapman in 1930-31 and another title in 1932-33.

Chapman was instrumental in helping Arsenal grow in popularity and become one of the top clubs in English football. He used his well-known WM formation to strengthen Arsenal’s counter-attacking strategy. In 1934, Chapman died of pneumonia. . Joe Shaw was hired as interim-manager for the rest of the season, who helped Arsenal to win the league title in the same season. On May 24, 1934, George Allison was appointed as Arsenal’s manager, and he helped the club win the 1934-35 league title, completing a hat-trick of league titles.

Eighteen years without a Trophy

The club appointed few highly skilled managers, like George Swindin and Billy Wright, but they were unable to turn around the team’s fortunes, and Arsenal spent the majority of the 1950s and 1960s league seasons in mid-table. After the failure of former England captain Billy Wright as a manager, Arsenal appointed Bertie Mee as caretaker manager in 1966.

Mee added young players in the squad including Bob McNab and George Graham. After a few seasons saw a breakthrough when Mee led Arsenal to win their first European trophy “the Inter-Cities Fairs Cup 1969-70”. In the following season, Arsenal won their first League title and FA Cup double.

Arsenal’s popularity skyrocketed after winning their first double in 1971, and they became London’s most popular football team. Arsenal couldn’t win a major trophy for the next 15 years except the 1979 FA Cup victory. The club appointed George Graham, a former Scottish footballer, as manager in 1986. Graham’s defense-oriented approach worked well for Arsenal, and the club had a little more success under his leadership.

In 1996, Arsenal brought an unknown French manager Arsène Wenger who previously served in French league clubs and didn’t have Premier League experience. Many critics questioned the appointment of Arsène Wenger as manager and called it the worst decision of the Arsenal board, but the Frenchman proved them wrong. He immediately modified the gameplay of the team, he replaced the defensive approach of the team by an aggressive attacking gameplay.

After the end of Wenger’s first season as manager, Arsenal finished at 3rd in the league and also qualified for the UEFA Cup. Under Wenger’s management, Arsenal became far more watchable. He signed highly talented French players including Patrick Vieira, Robert Pirés and Thierry Henry who were incredibly effective for the deadly attack of the team. During Wenger’s management, Arsenal became known for not signing the big names, but instead promoting academy talent. Arsenal introduced some big names in the history of English football such as Ashley Cole, Tony Adams, Joe Willock, Theo Walcott, and Samir Nasri.

The North London derby is one of the fiercest and oldest derbies in the history of English football. Tottenham and Arsenal have been fighting for dominance in North London for a long time. The rivalry started in 1913 when Arsenal moved to Highbury in North London which was just a few miles away from Tottenham. Spurs opposed the move.

The rivalry between the both clubs became even more intense in 1919 when the league was to be expanded by two clubs via a vote. Tottenham and Chelsea Football Club were the frontrunners for promotion, but Arsenal won the vote and were promoted to the Premier League. Both clubs have met 204 times, with Arsenal winning 84 times, Tottenham 66 times, and 54 draws.

Arsenal played at Highbury Football Stadium in London from 1913 to 2016. The stadium could hold 38,419 people. Arsenal intended to extend the stadium in 1997, but Islington refused to grant permission to do so. Arsenal’s board of directors agreed in 2002 to build a new stadium in Holloway, London. The stadium, which cost approximately £390 million to build, was finished in 2006. The stadium’s principal sponsor was Emirates. As a result, the stadium was given the name Emirate Stadium.

Emirates Stadium is widely regarded as one of the world’s best football stadiums. The stadium seats 60,260 people and has held numerous international matches and concerts. The team gave the famous airline corporation Emirates the name rights to their new stadium. They signed the largest sponsorship contract in English football history, at almost £100 million.

According to the Forbes latest statistics, Arsenal has a net worth of $2.8 billion which makes it the eighth-most valuable football club in the world. The club generated $430 million in the last season. Arsenal is the fourth richest football club in England. American businessman Stan Kroenke currently has the majority shares in the club, and he is not willing to sell the club in the near future.

Arsenal FC is the world’s seventh richest football club, with yearly revenues exceeding $430 million. It is also the fourth wealthiest club in the United Kingdom. The Gunners are the overwhelming favorites to qualify for the Champions League, and if they do, their value will skyrocket. Learn more about this league with the Football 24-7 Champions leage facts resource area.

Arsenal is one of the most successful football clubs in England with a massive trophy count. The club has a long and fascinating history full of spectacular matches, records, and victories. Arsenal has won 47 major trophies including 13 Premier League titles, 14 FA Cup titles, 16 FA Community Shield titles. Below is the complete detail of major trophies and titles won by Arsenal FC.

The Contact Details for Arsenal Football Club are as follows:

Why not follow the latest Everton Football Club news for something a little alternative.