Using effective First Aid in Sport with Football Injuries is a very important factor that should be taken seriously.

Football as a sport has witnessed a huge leap in terms of awareness of head injuries and heart problems.  The monitoring and research into these 2 key areas has increased dramatically, however more can also be done. The team at Football 24-7 have decided to publish as much useful information as possible surrounding First Aid in general in sport. As well as reporting in-depth on Football related issues.

One such issue in recent years was the Fabrice Muamba incident, in which he went into cardiac arrest on the football pitch. If it was not for First Aid being administered on the pitch, Fabrice would not have recovered as well as he did.

We have added a video below from the Red Cross for how to help with “Unresponsive and Not Breathing” incidents.

As of 22nd March 2018 there have been a considerable amount of footballer injuries in the premier league alone. We have collated some below and added a handy chart of the Club by Club Injuries. 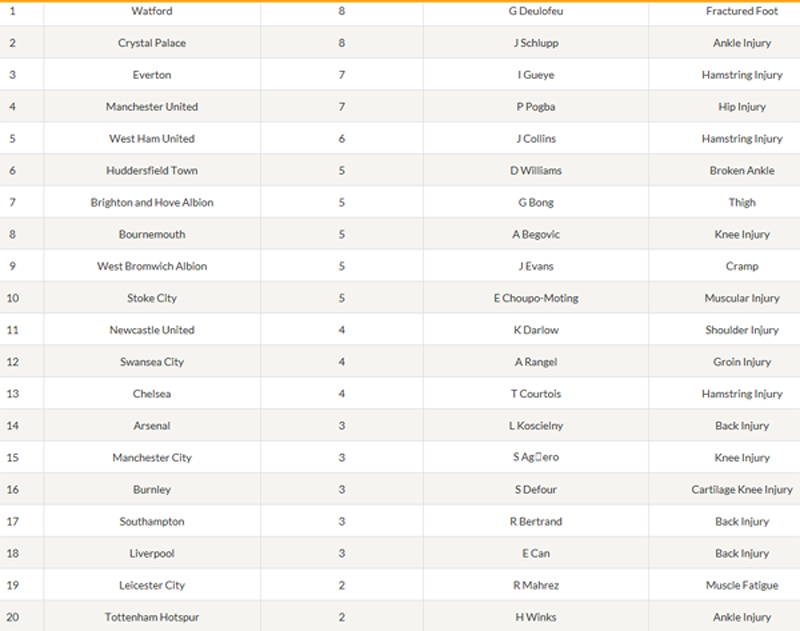 Head Injuries are common in Football, we have added below a great video highlighting the actions that should be taken.

We would like to thank The Red Cross for publishing all of there fantastic resources, we hope to bring more awareness, support and guidance.