Who were the most expensive transfers of the summer window?

The transfer window has slammed shut for Europe’s top five leagues with near on three billion splashed out between them.

Here we look at the five most expensive moves concerning the top clubs in Europe. Who do you think made the best business?

Be honest, how many had forgotten about Alvaro Morata? The striker endured a pretty torrid time at Stamford Bridge, but he hit the net 16 times whilst on loan at Atletico Madrid last season. You might think the Spanish side were impressed as they shelled out almost £60m to make it a permanent move.

You’d be wrong. The permanent transfer was written into the loan deal and Diego Simeone almost immediately loaned him to Juventus to recoup £9m.

Instead of Morata, it will be free signing Luis Suarez leading the Atletico line. Morata returns to the last club where he impressed the most, while Juventus target Luis Suarez headed to the other side (Atletico).

Meanwhile, the other player who was on their cards was Edin Dzeko, but the deal fell through and he stayed in Roma.

Forget the silly games surrounding Morata, Ruben Dias’ move from Benfica to Manchester City is 100% because of the 23-year-old’s ability to improve Pep Guardiola’s starting XI. Benfica have long been one of the strongest sides in Liga NOS table, which means Dias is at ease in possession but it’s defensively where he truly shines.

Dias is formidable in the air, wins the lion’s share of his tackles and will likely develop into an elite centre half alongside Aymeric Laporte. Not only that, he has international pedigree being already a regular started in the Euro and Nations League champions Portugal.

The only thing that could hold him back is expectation to solve City’s defensive fragility from the off given he’s largely inexperienced at the very top level. Then again, for £62m how much time do you get to settle?

You could argue that Arthur’s move from Barcelona to Juventus shouldn’t feature on this list given Miralem Pjanic moved in the opposite direction for £55m. The deals were treated separately though so it’s a standalone £66m that saw midfield man Arthur head to Turin.

The Brazilian 24-year-old joined Barca two years ago in a move from Gremio and he’s had plenty of game time without ever being a nailed on 90-minute man. He’s a damn tidy footballer though and you can see why Andrea Pirlo was happy to see him join his team.

He operates in front of the back four, winning possession and keeping things ticking over. 2019/20 saw him win 65% of his tackles and record a pass completion of 92%, which shows just how capable he is in the role.

A run of games should see him improve even further and if Pirlo takes the best of him, we can see Juventus got a bargain here for a young player.

Many people were lauding the business Chelsea did before the season kicked off and central to that hype was Bayer Leverkusen man Kai Havertz. The attacking midfielder has been dazzling in the Bundesliga for a couple of years now. If he can get anywhere near the levels,he’s delivered in Germany then he’ll prove value for money even at such a big fee.

People will quickly look to his goals and assists, which read as 38 goals and 16 assists over the past two seasons but his all round game is very strong too with a pass success rate of 85% including two key passes per 90 minutes. Remember, he’s only 21 too so the odds are that he’s a few years away from his prime. 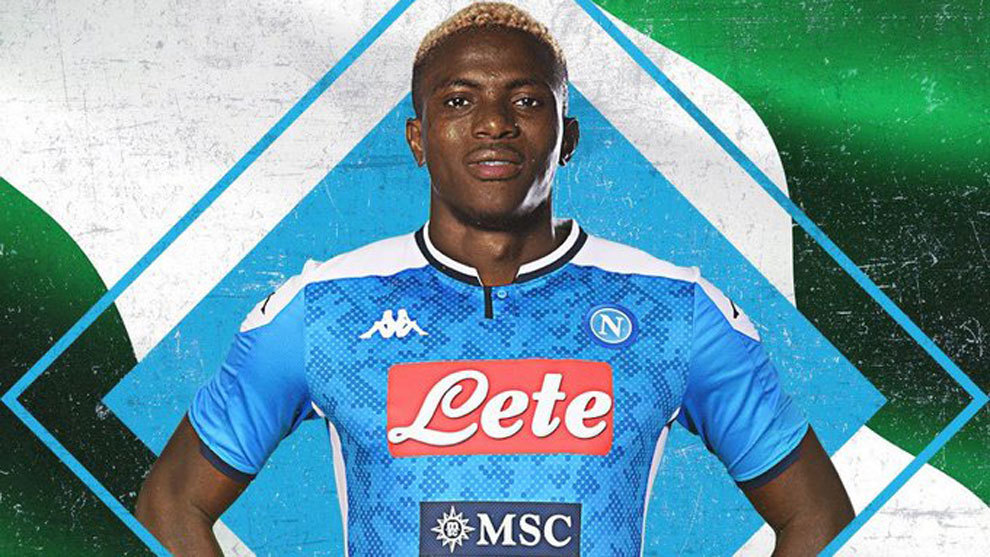 The biggest transfer fee was the £73m Napoli paid out to land Lille striker Victor Osimhen – another 21-year-old. Probably surprised you, uh?

The figure in question sees him surpass his predecessor at Lille, Nicolas Pepe, as the most expensive African player of all time.

Pepe has struggled to live up to his price tag at Arsenal, but the expectation is that Osimhen hits the ground running in Serie A.

He has all the attributes to tear things up there too. He’s not a striker who will hold play up and win flick ons but what you will get from him is tireless pressing, good movement and decent runs in behind. When it comes to finishing, he’s a real fox in the box with all of his goals (13) and 90% of his shots last season coming from inside the area.

There you have it, the five most expensive moves of the summer window. Now, you will be prepared once your friends challenge you for one of those free sports quizzes.

We didn’t see any mad spenders this season and no over the top deals, mostly due to COVID-19 epidemic and its effect on teams’ budgets. Many teams had to sell players to bring revenue and the big teams also had less to spend on potential targets.

Who was the best deal of the market though?