At the beginning of every Premier League season, there are a number of clubs who will have an ambition to be crowned champions in May. The bookmakers will always offer Premier League Winner betting odds before a ball is kicked and that market will be updated on a regular basis throughout the season.

The outright betting odds will be amended after each round of English top-flight fixtures to reflect the latest standings. You have the opportunity to visit the best Premier League betting sites and compare the latest odds to see who the bookies are predicting to be champions.

As you can see from the above table, we’ve had a series of different Premier League champions over the past few years. Manchester City have been particularly dominant in recent times. With Pep Guardiola building a formidable squad of players and they have set a new benchmark in English football even though they haven’t been able to conquer Europe.

Guardiola was simply bringing further success to the Etihad Stadium.  Considering that the Cityzens had been crowned champions at the end of the 2011/12 campaign along with two years later when they reclaimed their title from Manchester United. The Red Devils’ success at the end of the 2012/13 season was the last in a long line of triumphs for Sir Alex Ferguson.

More recently, Chelsea have been victorious on two occasions, with Jose Mourinho returning to the club and winning the title in the 2014/15 season.  While Antonio Conte was able to steer the Blues to the championship during his first and only full season in charge during the 2016/17 campaign.

That came a year after an incredible success for Leicester City.  Where the Foxes were actually priced at betting odds of 5000/1 to win the Premier League title as they embarked on a season under Claudio Ranieri. The Midlands side were merely aiming to stay afloat in the Premier League although they somehow ended up being crowned champions by winning by more than ten points.

Speaking of remarkable things, Liverpool ended a thirty-year Premier League title drought at the end of the 2019/20 season.  By being crowned champions and it was a remarkable procession for the Merseyside club as the COVID-19 pandemic raged across the UK and Europe. Jurgen Klopp will hope that this is the first success of many for this football club.

Its worth learning more about the betting options, a great guide we recommend is the WhatAcca.com football betting sites emporium of useful knowledge. 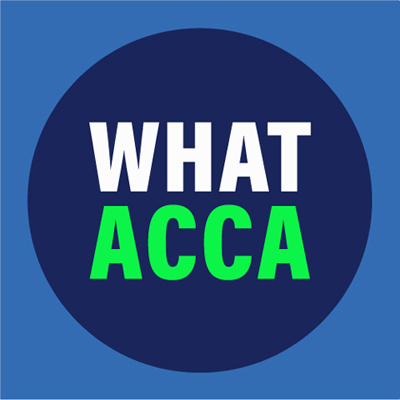 Ultimately, it is only Liverpool FC or Manchester City that can be crowned champions of England during the current season. The latter have been trading favourites for the majority of the 2021/22 campaign and continue to head the betting market to top the table, although the gap has recently closed between themselves and their Merseyside rivals.

At the time of writing, both north-west outfits have nine games remaining, with the Cityzens holding a slender one point advantage although Guardiola’s side have an inferior goal difference. They have also stuttered by recently dropping points against Tottenham Hotspur and Crystal Palace.  While Liverpool have been foot perfect as they aim to secure a second title in the space of three seasons.

However, the bookmakers still think that Manchester City are the more likely champions.  With the teams still to clash at the Etihad Stadium on Sunday 10 April. Guardiola’s team have a simple task – win their remaining games to become champions for the fourth time in five years. Conversely, Liverpool need to do the same thing.

The Reds certainly looked as though they were losing touch with Manchester City a few months ago.  With Liverpool stuttering to a 1-0 defeat at Leicester and that reverse was sandwiched between draws against Chelsea and Tottenham. However, the Merseyside club have continued to win domestically in the New Year.

Which Teams Will Battle it Out for 2022/23 Premier League Title?

When the 2022/23 Premier League season gets underway, then we should expect Manchester City and Liverpool to be among the title favourites. These are not only the two leading teams in England but also in Europe and it wouldn’t be a surprise if one of the outfits went into the new campaign as Champions League winners.

City are almost certain to be betting favourites irrespective of whether they are the holders.  Although Jurgen Klopp will have an enviable strikeforce and the addition of Luis Diaz and Diogo Jota make them capable of outscoring any team, while the presence of Virgil van Dijk and Alisson at the back are a calming presence.

Chelsea are potentially going to be in the title race next season although things need to change from an ownership point-of-view. It is far from certain as to whether Thomas Tuchel will continue in charge of the Blues beyond the end of the current season.  Although the German did come to Stamford Bridge to steer the team to the Premier League title.

If Tuchel is given the chance to reshape the squad and offer some of the best players a new contract.  Then there might be a chance for Chelsea although it’s possible that Arsenal are on a more solid footing. The Gunners were one of the form teams in the Premier League during the second half of the 2021/22 season and we can see Mikel Arteta’s side building on that success.

It’s easy to reflect on the matches at the Emirates where Arsenal were able to push the two leading clubs in Europe all the way. The North London side actually led 1-0 before being denied by a spirited City comeback, while they were the better side in the first half against Liverpool before a 2-0 defeat.

Other Football Teams to consider

As for Tottenham Hotspur, they will hope to retain the services of Antonio Conte.  Who is serving an eighteen-month contract at the London club and we know that the Italian has had a big impact in the past. Having taken the reins at Chelsea previously, the former Juventus manager has an outstanding track record and it’s not out of the question that he can get a tune out of his squad.

Harry Kane’s future at Tottenham was in serious doubt last summer and it remains to be seen as to whether the 29-year-old can be persuaded to remain at the club this time around. However, if the striker can stay on the books along with Son Heung-Min and some of the Conte signings, then perhaps we could see title challengers.

Manchester United will no doubt be considered by many as potential Premier League title challengers and they certainly have a budget big enough to challenge for major honours. However, the Red Devils have been a pale imitation of their former selves for several years.  It might be a struggle to engineer a top four spot, let alone usurp their noisy neighbours and their Merseyside rivals.

It appears that the Old Trafford owners are going to appoint a replacement for Ole Gunnar Solskjaer and Ralf Rangnick in the hope of bringing long-term success to a club who haven’t exactly fallen on hard times off the pitch. However, the big money signings are struggling to be part of a successful team and it could be that they are a Europa League entity next term. Why not take a look at the latest Scottish Premier League news today for some other betting insights.

What Other Premier League Outright Betting Markets Are Available?

There is always the chance to bet on the Premier League Top Four betting market. During the 2021/22 season, this was actually a more exciting betting heat than the Winner market, with several teams battling it out for a chance to qualify for the Champions League. While Manchester City and Liverpool raced away with things, Chelsea were permanently looking over their shoulders at the chasing teams.

Arsenal got themselves into the box seat thanks to a succession of victories.  Although Tottenham Hotspur and Manchester United are other clubs who feel as though they have the divine right to secure a top four spot. There are also teams such as West Ham, Wolves and Leicester City who will want to make the top table in European club football and perhaps Newcastle United will be in the conversation.

There is also the chance to bet on Premier League relegation. Like the top four market, there are going to be several teams settled as winners considering three clubs go down to the Championship. There is often a select pool of clubs who are scrapping it out to survive and this often goes down to the wire.

It’s always worth identifying the promoted teams who rise up to the Premier League when it comes to this market. They are often finding life difficult in the first season at the top.  While the Premier League Sack Race market is always fascinating as punters bet on which manager will be the next to part company with their respective club. Football 24 7 are a UK based sports news website dedicated to keeping Football Fans up to date with club news.