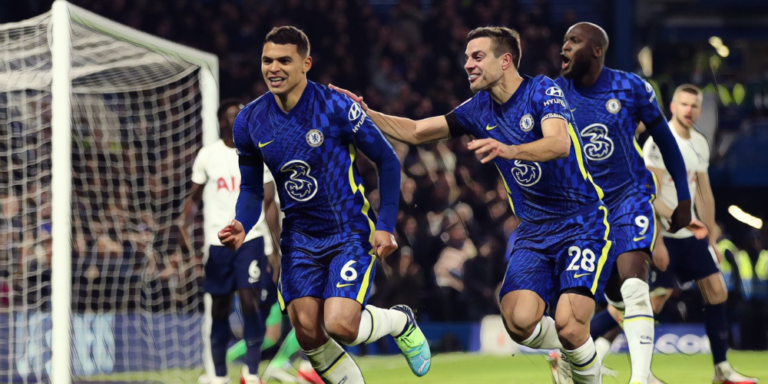 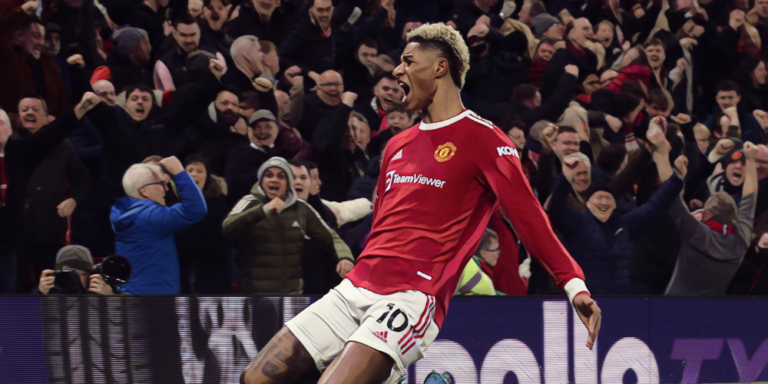 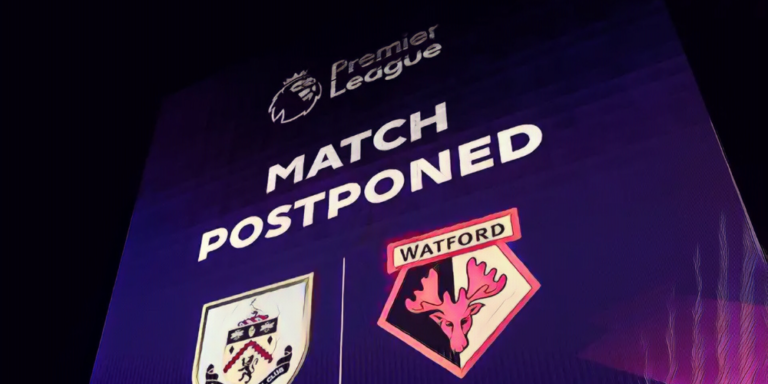 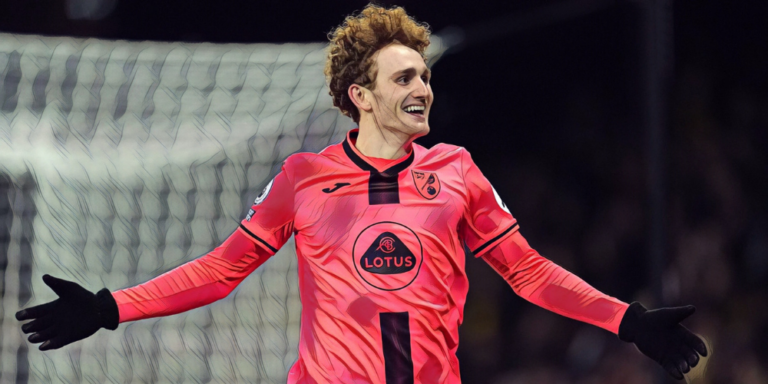 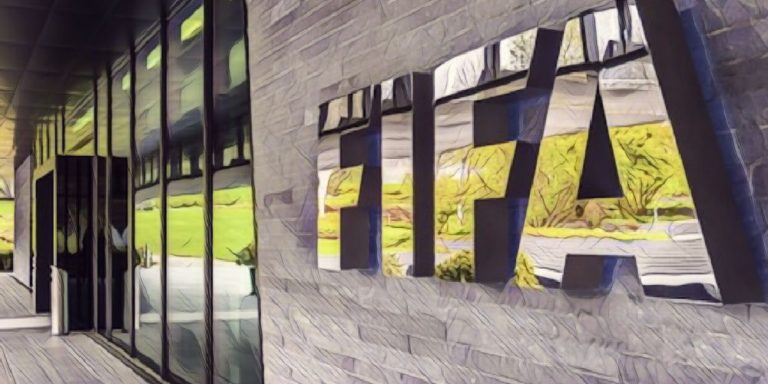 Fantasy Premier League: Four of the best captains for Gameweek 23 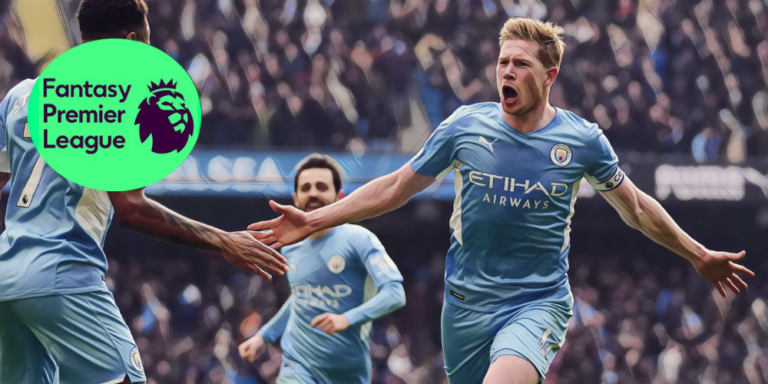 The post Fantasy Premier League: Four of the best captains for Gameweek 23 first appeared on The Football Faithful.

Newcastle United are eyeing a shock move for Brighton and Hove Albion defender Dan Burn before next Monday’s transfer deadline. That’s according to the Mail...

Newcastle United are now preparing to hold further talks with Brighton and Hove Albion today as they chase a huge deal for midfielder Yves Bissouma....

'No offence to Everton': Agbonlahor claims there is 'no way' PL boss joins them

Gabby Agbonlahor has claimed that there is ‘no way’ Graham Potter swaps Brighton for Everton, as he told talkSPORT. The former Premier League striker questioned...

The post 'No offence to Everton': Agbonlahor claims there is 'no way' PL boss joins them appeared first on HITC.

Report: Director was 'leaning towards' accepting Newcastle move, now Everton want him too

Newcastle United have been pushing to lure Dan Ashworth away from Brighton and Hove Albion – but Everton are now keen too. Newcastle have new...

The post Report: Director was 'leaning towards' accepting Newcastle move, now Everton want him too appeared first on HITC.

Report: West Ham and Premier League duo miss out on 23-year-old likened to Lukaku and Zlatan

Brighton, Southampton and West Ham are all set to miss out on the signing of Clermont Foot 63 striker Mohamed Bayo, with the French club...

The post Report: West Ham and Premier League duo miss out on 23-year-old likened to Lukaku and Zlatan appeared first on HITC.

Premier League trio Liverpool, Southampton and Newcastle United turned down the chance to sign Moses Simon with the Nigeria international now starring at the African...

The post Report: Liverpool and Newcastle turned down chance to sign £4m ace starring at AFCON appeared first on HITC.

If Brighton could just play all their games from the 80th minute, then Manchester City might have more serious competition for the Premier League title. Danny Welbeck’s latest deserved equaliser earned Graham Potter’s team their 12th draw of the season as Leicester City again fell away in the latter stages.

With Potter watching on remotely from his Covid-enforced isolation, Brighton could once again be proud of their strong finish as they extended their unbeaten run to six games since Christmas. Going behind to Patson Daka’s continued prolificity, Brighton came back to score for the eighth time in the last 10 minutes of matches, a statistic to which only the Premier League leaders can hold a candle.

Brendan Rodgers blamed naivety for the extraordinary way Leicester allowed victory to turn into defeat against Tottenham on Wednesday, but his team are becoming old hands at shooting themselves in the foot. There is mitigation: they have been hampered by injuries all season and are still without a raft of key players. But they still need to wise up quickly if they are to retain hope of reaching Europe. Brighton have similar ambitions and are in much better form – all they need to do is sharpen their finishing and they could add to Leicester’s woes. Paul Doyle

Thomas Tuchel diagnosed a severe case of fatigue among his suddenly struggling Chelsea players after their 1-1 draw at Brighton on Tuesday night and aims to arrest it by giving them two days off before the weekend.

“They need it [Wednesday and Thursday off] so badly,” said Tuchel whose team sit third in the Premier League, 12 points behind the leaders Manchester City and have failed to win any of their past four league games, collecting just two points from a possible 12.

4 min: Thiago Silva seems to have strained something. He’s going to try to play on but his movement is the sort that the word ‘gingerly’ is reserved for.

3 min: Lovely interplay by Brighton! Welbeck, with his back to goal at the edge of the D, flicks a beautiful pass to Moder, who has a clear sight of goal from 18 yards. He pulls his low shot wide! Slack finishing, one of the stories of Brighton’s season.

All evening, Thomas Tuchel gave off the energy of a man who was waiting for something to go wrong. He flung his arms in the air, he stood with his hands on his head and at times he simply muttered to himself, his irritation clear as he watched Chelsea’s players take it in turns to offer the initiative to Brighton.

There was no way of fooling Tuchel, even when Hakim Ziyech gave Chelsea a hugely undeserved lead midway through the first half. The German knew better than to expect Brighton to lie down. Potter’s side were the stronger throughout and Chelsea, who are winless in their last four league matches, could have no complaints when Adam Webster cancelled out Ziyech’s goal midway through the first half.

Expectations were high when Chelsea’s executives shook hands on the £58m deal that brought the much sought-after signature of Christian Pulisic, the man who the club’s director, Marina Granovskaia, hoped would “become an important player for many years to come”. Three years and 95 Chelsea appearances later, the American is yet to match that description and has too rarely given the impression that he might ever do so. At Manchester City he was a non-presence, seeing little of the ball and doing nothing with it when he did. City are about as tough as opponents come but big money demands to be repaid on big occasions. Pulisic has the talent and temperament to deliver in such fixtures – his elegant goal against Liverpool this month was proof of that – but too often he seems content to exist on the periphery of matches rather than bend them to his will. At 23, time is on his side – though the Chelsea hierarchy are not exactly known for their patience. Alex Hess

News report: Martial denies refusing to be included in squad

Premier League: What is happening during the winter break?
Hopefully you made the most of the Premier League weekend that's just passed because there won't be any action in the top-flight now for almost a fortnight.

Graham Potter to miss Brighton's trip to Leicester on Sunday after testing positive for coronavirus
Potter's assistant Billy Reid took Albion's pre-match press conference on Friday and will take charge of the team at the King Power Stadium on Sunday.

Southgate considering calling Brighton defender Webster up for his next England squad
Having missed part of the season through injury, central defender Webster has been in excellent form for the Seagulls in recent weeks and produced a man of the match display against Chelsea.

Premier League is to 'reconsider its COVID postponement rules after this weekend's fixtures'
Reports suggest that a Premier League meeting will be called with all 20 top-flight clubs after the next round of fixtures to discuss potential changes to the rule.

"He can’t be that tired, can he?" - Craig Burley questions Thomas Tuchel's decision to bench 27-year-old against Brighton

Chelsea will look to put Saturday's loss to Manchester City behind them and get back to winning ways when they travel to Brighton. 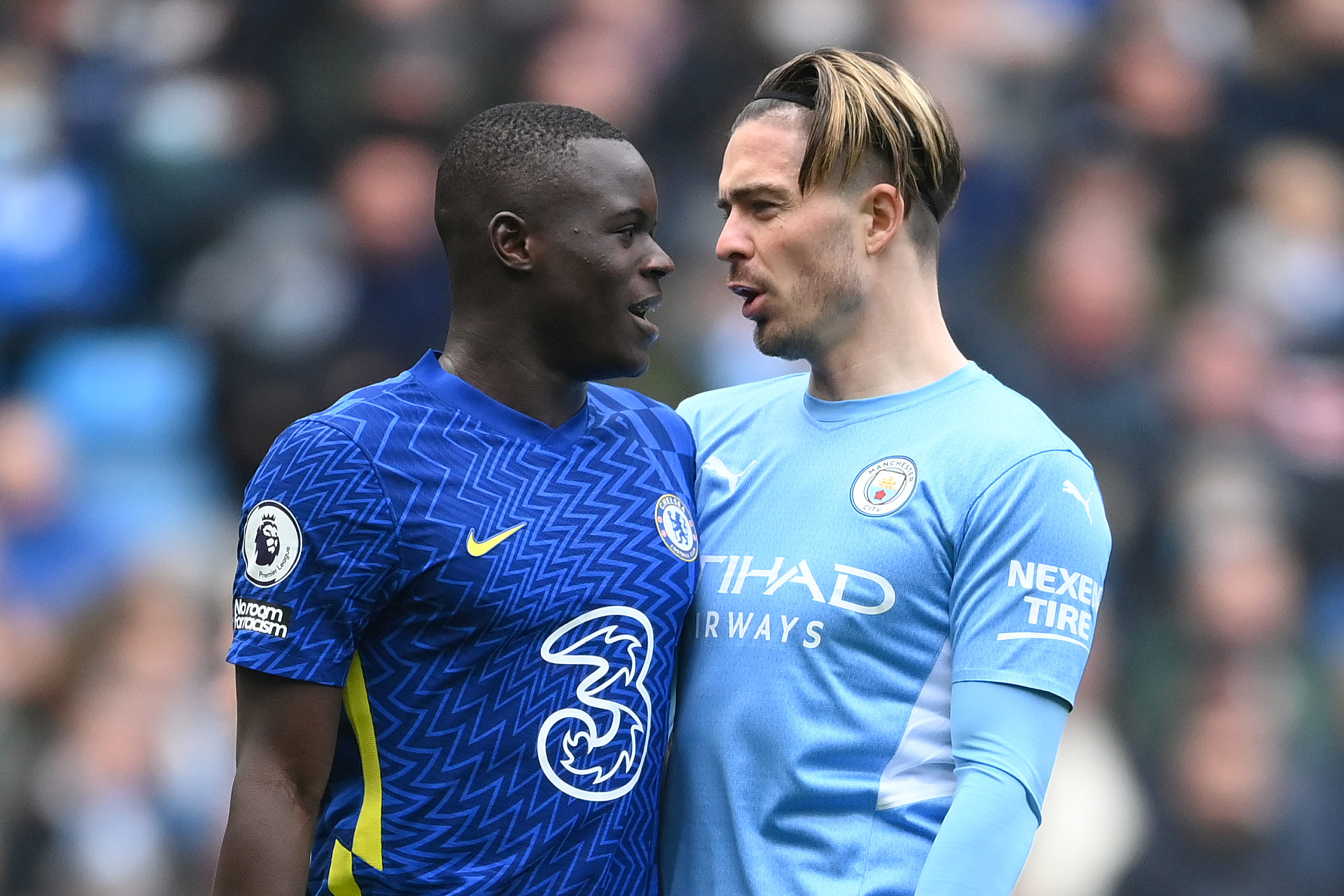 Chelsea will aim to bounce back to winning ways in the Premier League when they travel to the Amex Stadium to play Brighton & Hove Albion on Tuesday evening. A 1-0 defeat to Manchester City at the Etihad Stadium at the weekend has practically seen the Blues slip out of the title race, with Thomas Tuchel’s men falling 13 points behind the defending champions. And Liverpool’s 3-0 win over Brentford on Sunday means Chelsea have dropped down to third on the table. After a disappointing show at the Etihad, Thomas Tuchel will expect a strong response from his boys against 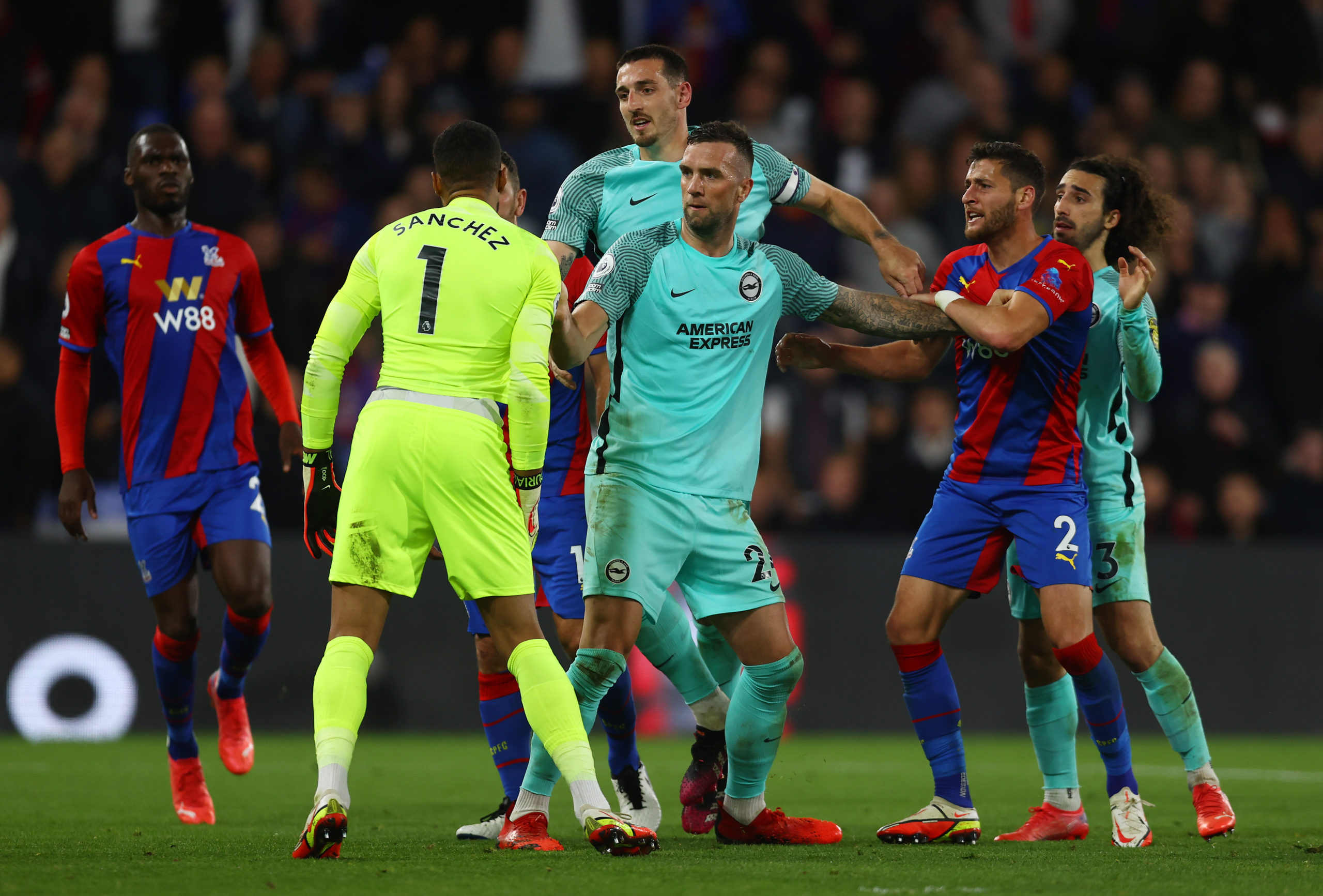 Brighton & Hove Albion will take on their fierce rivals Crystal Palace on Friday evening in the Premier League.

Asking Price For Liverpool’s Midfield Target Set At £50m: Should The Reds Splash The Cash? 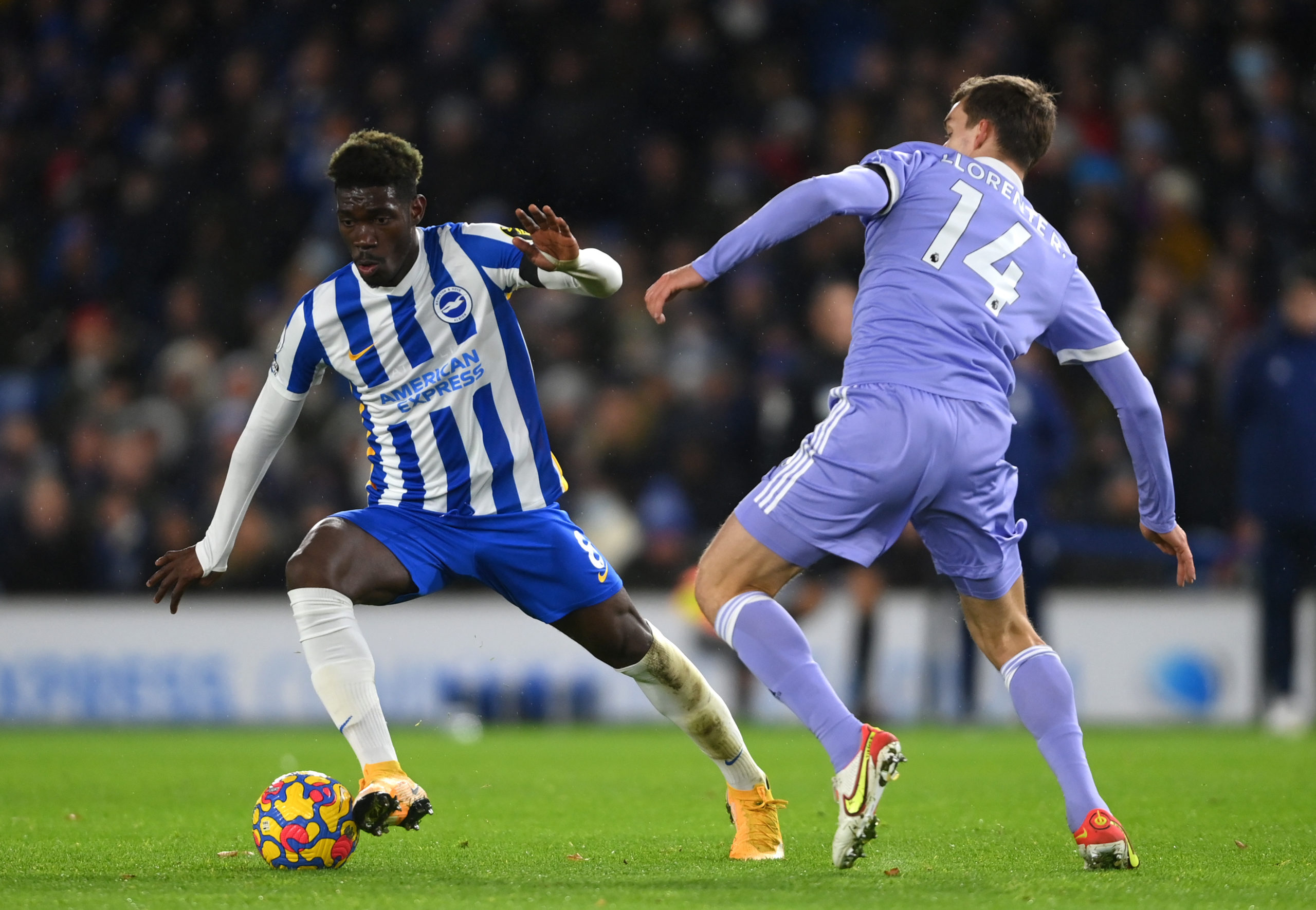 Brighton & Hove Albion have reportedly set the asking price for their midfielder Yves Bissouma this month amidst links with Liverpool. The Malian international, 25, is enjoying yet another strong Premier League campaign with the Seagulls but he has now entered the final 18 months of his contract. The central midfielder has been recently linked with a move to Aston Villa, who are looking to reinforce their midfield unit further after the signing of Philippe Coutinho on loan from Barcelona. According to The Athletic, Brighton have slapped a price-tag of £50m on Yves Bissouma, with Liverpool keen on the midfielder.

The post Asking Price For Liverpool’s Midfield Target Set At £50m: Should The Reds Splash The Cash? appeared first on Mad About EPL. 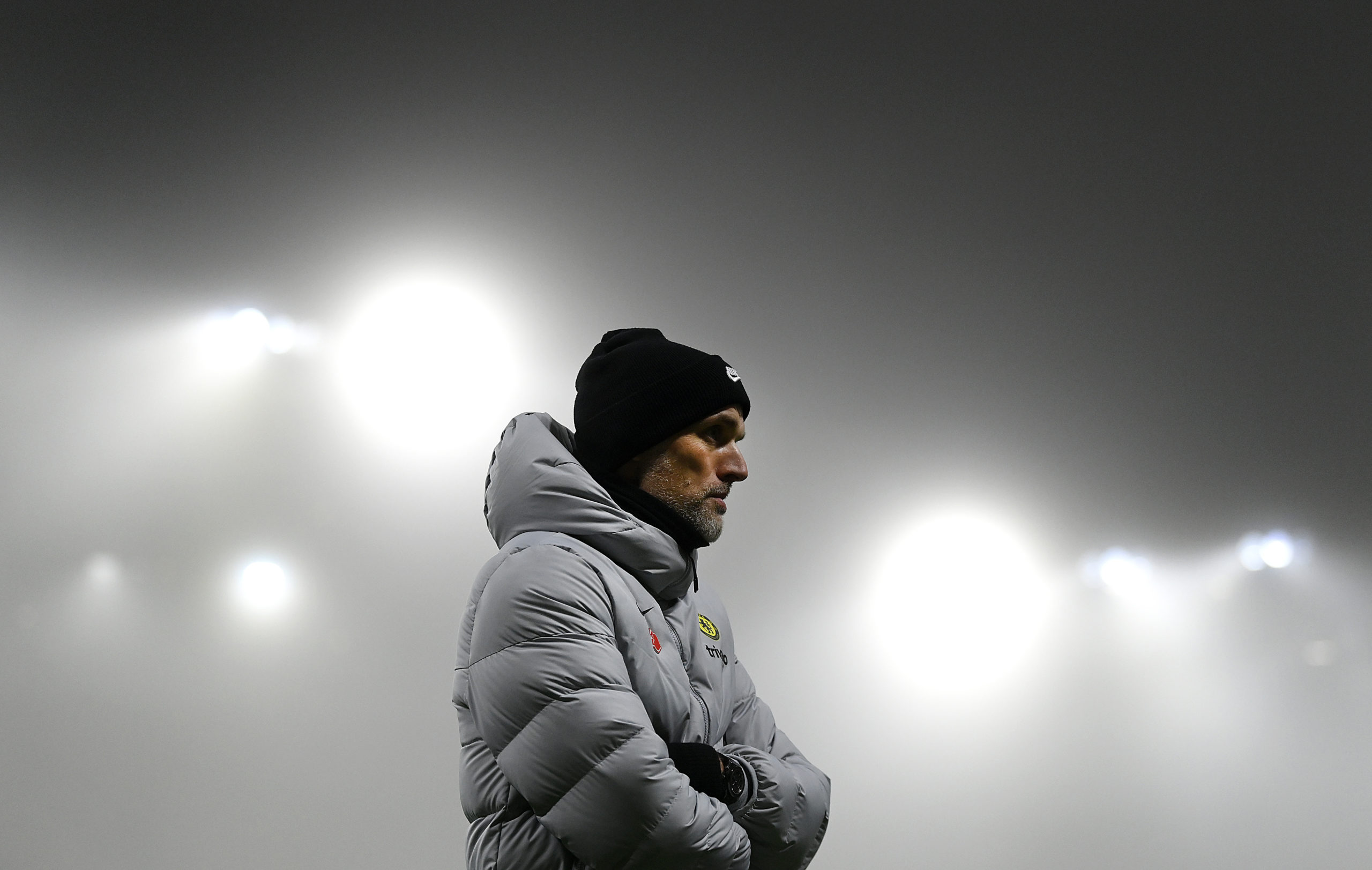 Chelsea will look to take advantage of Liverpool’s recent slip-up and leapfrog the Reds into second place when they host Brighton & Hove Albion in the Premier League today. The Blues returned to winning ways after two consecutive draws by beating Aston Villa 3-1 last time 0ut. Thomas Tuchel’s side are currently level on points with Liverpool, who suffered just their second league defeat of the season against Leicester City on Tuesday. A win at Stamford Bridge on Wednesday would also ensure the London club keep the pressure on league-leaders Manchester City. The last time Chelsea and Brighton locked horns, 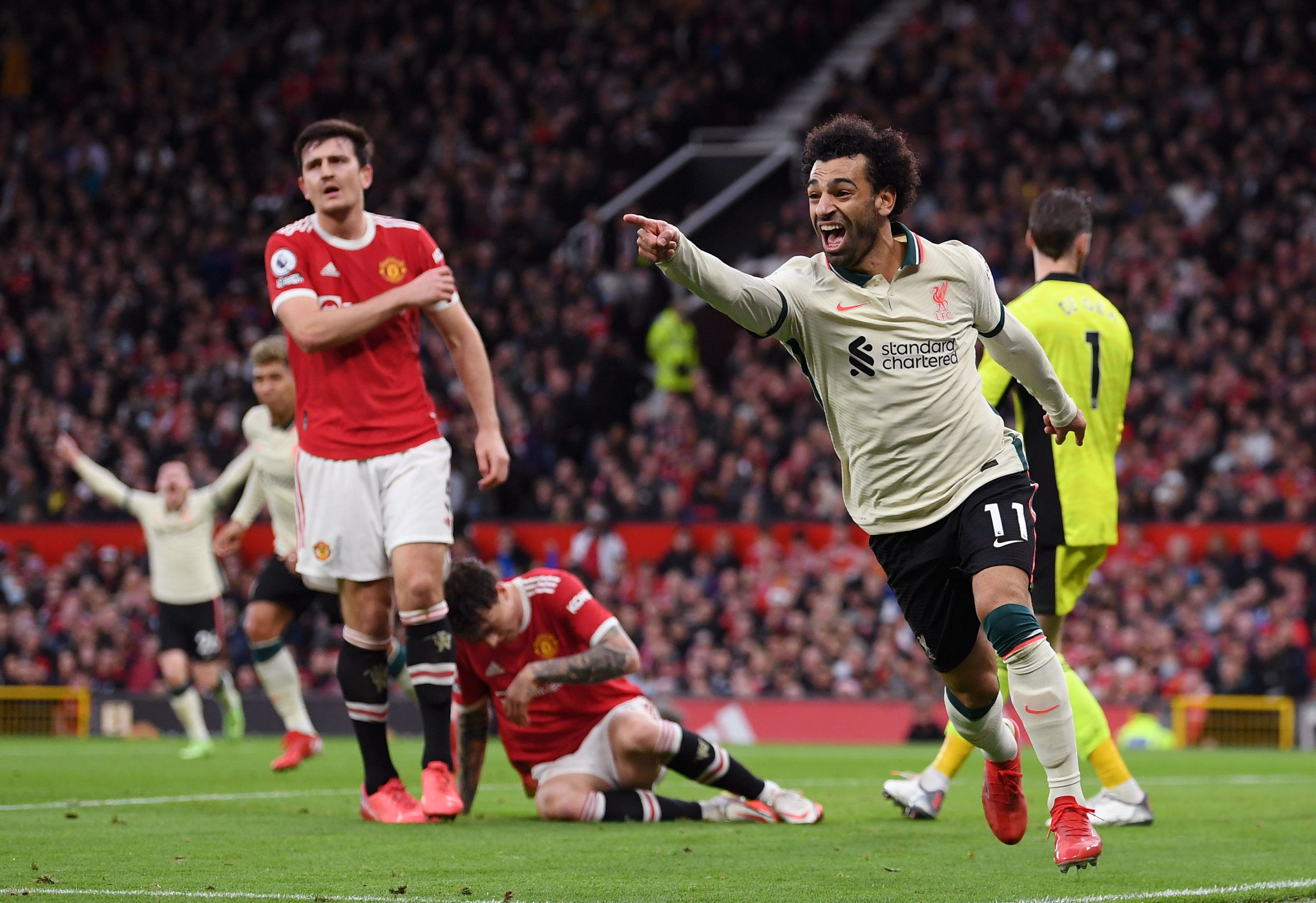 After an exciting round of EFL Cup fixtures, we return to Premier League action on Saturday with Leicester City hosting Arsenal at the King Power Stadium. Chelsea lead the table and will be keen to retain their position. Below the Blues, Liverpool, Manchester City and West Ham will all look to build on their last weekend’s wins. Meanwhile, Norwich City, Newcastle United and Burnley continue their search for the first win of the Premier League season. Without much delay, let’s take a look at the 5 things to look forward to in Matchday 10: #1 Man United’s response after the

The Archive News can be viewed below:

The Latest Brighton & Hove Albion FC Transfer News, Stories and Updates have been added below for 2021- 2022

We have added the older news archives below:

Brighton & Hove Albion was established and founded in 1901.

The Official BHAFC Twitter page can be found here