The Latest Blackburn Rovers FC Transfer News, Stories and Updates have been added below for the 2021 – 2022 Football Season

Newly relegated Blackburn Rovers have now resigned themselves to loosing many of their top players in the closed season due to their unsuccessful season just gone which will break the hearts of many of their supporters. One of the first players who will make an exit from Ewood Park is French midfielder Steven N`Zonzi who look set to return to the premier league as their are now a number of clubs battling for the players signature.

On a plus note the side from the north have many targets on their scope for the new season as Steve Kean looks to bolster his squad options with the first of these to be signed being the Portuguese striker Nuno Gomes. The influential striker has just signed a two year deal to take him to Ewood Park on a free transfer as he was released from his previous side Braga at the end of the season.

Another two players who have been signed by kean so far are Danny Murphy and Leon Best who have recently both signed lucrative deals to help the side retake their position in the top flight of English football. Both players arrived on free transfers which is always a bonus for clubs and bring with them a wealth of experience.

Want away winger Junior Hoilett is another player who is close to leaving the club this summer as he is on the verge of a move to German side Borussia Monchengladbach. The player is also said to have held talks with many of the premier leagues top clubs but it look for than likely that the player will look for pastures new in on of Europe’s top leagues. The twenty two year old has just been seen to fly out to Germany to seal this deal so barring a disaster you will see him in the colours of Monchengladbach next season.

Finally rover have also been involved in arranging the transfer of up and coming Ipswich goal keeper Scott Loach who has been on Keans radar for some time and are now looking to hijack an approach from Watford. The young keeper is thought to be the perfect player for Kean to rebuild from the back and it is believe that Loach is very keen on a move up north.

Blackburn Rovers star Ben Brereton Diaz has reportedly opted to sign for La Liga side Villarreal at the end of this season, with Everton and...

27 games; 14 wins, 13 defeats. One point off third, five points off 14th. Has any club ever epitomised the madcap madness of the Championship...

Villarreal now feel they have beaten Everton and Leeds United to the transfer of Blackburn Rovers forward Ben Brereton Diaz. The Chile star will join...

Rangers are closing in on Norwich City playmaker Todd Cantwell with the Englishman now weighing up the terms on offer at Ibrox. That’s according to...

Norwich City have now rejected an offer from Blackburn Rovers for the January transfer of Todd Cantwell. Rangers are also targeting the midfielder, whose contract...

FA Cup LIVE: Scores and updates from around the grounds in fourth-round clashes
The FA Cup takes centre stage on Saturday afternoon with seven ties at 3pm, including Fulham and Southampton in action. Follow all the goals with Sportsmail's ADAM SHERGOLD.

Everton legend Duncan Ferguson is named as the new Forest Green Rovers boss
The 51-year-old former Everton first-team coach met with the club officials after they sacked manager Ian Burchall following a defeat to Bolton Wanderers, leaving them sitting bottom of the table.

League Two Grimsby earned an FA Cup fourth-round replay with Championship side Luton in an entertaining 2-2 draw at Kenilworth Road.

After Gavan Holohan had put the Mariners ahead, Elijah Adebayo and Jordan Clark turned the game around for the Hatters. But, just one minute after Clark’s effort made it 2-1, Harry Clifton struck to deny Luton.

Birmingham goalkeeper Neil Etheridge was allegedly targeted by racist abuse from a supporter during his side’s FA Cup draw at Blackburn.

A visibly upset Etheridge was seen speaking to referee Keith Stroud after teammate Jordan James had equalised in stoppage time for the Blues to secure a 2-2 draw and send the fourth-round tie back to St Andrew’s for a replay.

Norwich continued their superb start under David Wagner with a 4-2 victory at Coventry. Having thrashed Preston 4-0 in Wagner’s first league game in charge, the Canaries raced into a 3-0 lead inside 18 minutes through a Michael Rose own goal and strikes by Onel Hernández and Josh Sargent.

Coventry reduced the deficit to one with quickfire goals from Jamie Allen and Kasey Palmer – the first five goals came inside the opening 26 minutes – before Kieran Dowell added a fourth for Norwich in the 65th minute.

Jordan Beyer’s first goal for Burnley gave the Championship leaders a 1-0 victory over Coventry which extended their winning league run to seven matches.

Antoine Semenyo headed a second-half equaliser as Bristol City fought back to earn an FA Cup third-round replay with Swansea after a 1-1 draw at Ashton Gate.

The visitors were gifted a 15th-minute lead when Rob Atkinson’s misplaced pass inside his own box was intercepted by Liam Cullen, who squared for Joël Piroe to shoot into an unguarded net.

Jon Dahl Tomasson was pleased his depleted side Blackburn bounced back from consecutive Championship defeats to beat Cardiff 1-0.

There was not much between the two sides in a scrappy encounter, summed up by Bradley Dack’s winner in the 48th minute which found the bottom left corner via a wicked deflection. It was reward for their endeavour, though Cardiff will rue Mark Harris and Gavin Whyte not making the most of their first-half opportunities, with the latter denied by a superb Jake Garrett challenge.

The Season has now ended for Blackburn Rovers

The Official Website for Blackburn Rovers Supporters is: http://www.rovers.co.uk 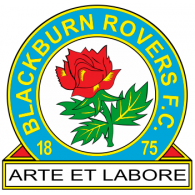 The Contact Details for Blackburn Rovers Football Club are as follows: